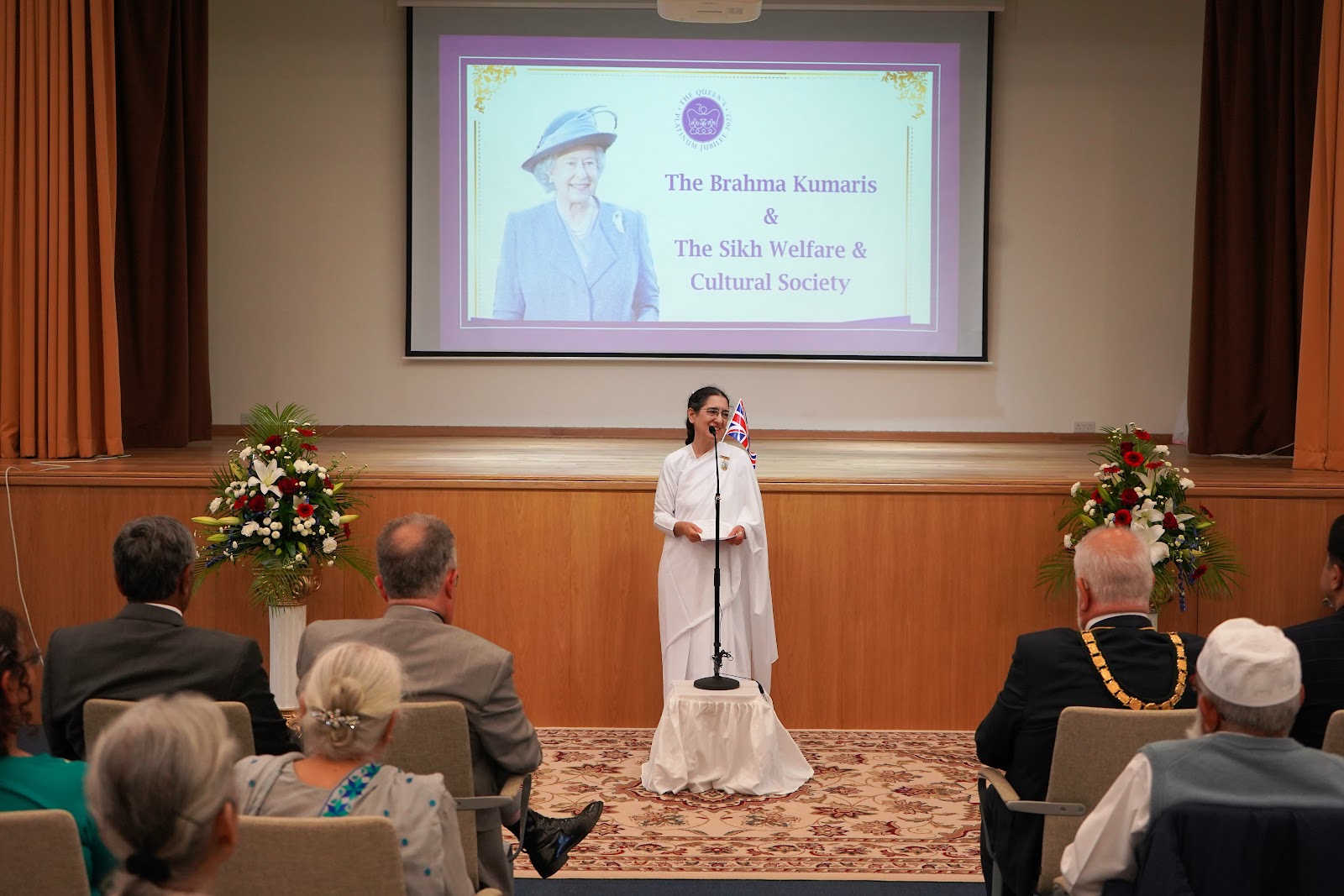 The Brahma Kumaris in Leicester held a special tribute event to celebrate the Queen’s Platinum Jubilee at Harmony House on Friday 27th May, in collaboration with the Sikh Welfare and Cultural Society.

Sister Maureen was among those community and faith leaders who paid tribute to the qualities they appreciate in our longest ruling monarch. Attended by the High Sheriff of Leicestershire Mehmooda Duke, Baroness Verma, Chairman of Leicestershire County Council Kevin Feltham, Leicestershire Police Commissioner Rupert Matthews and other community representatives. Representing eight of the world faiths, local faith leaders each read their religion’s version of the ‘golden rule’ (treating others as one wants to be treated). Sister Maureen shared her admiration for Her Majesty’s courage and determination to serve, as well as her lightness and thoughtfulness even in little things.