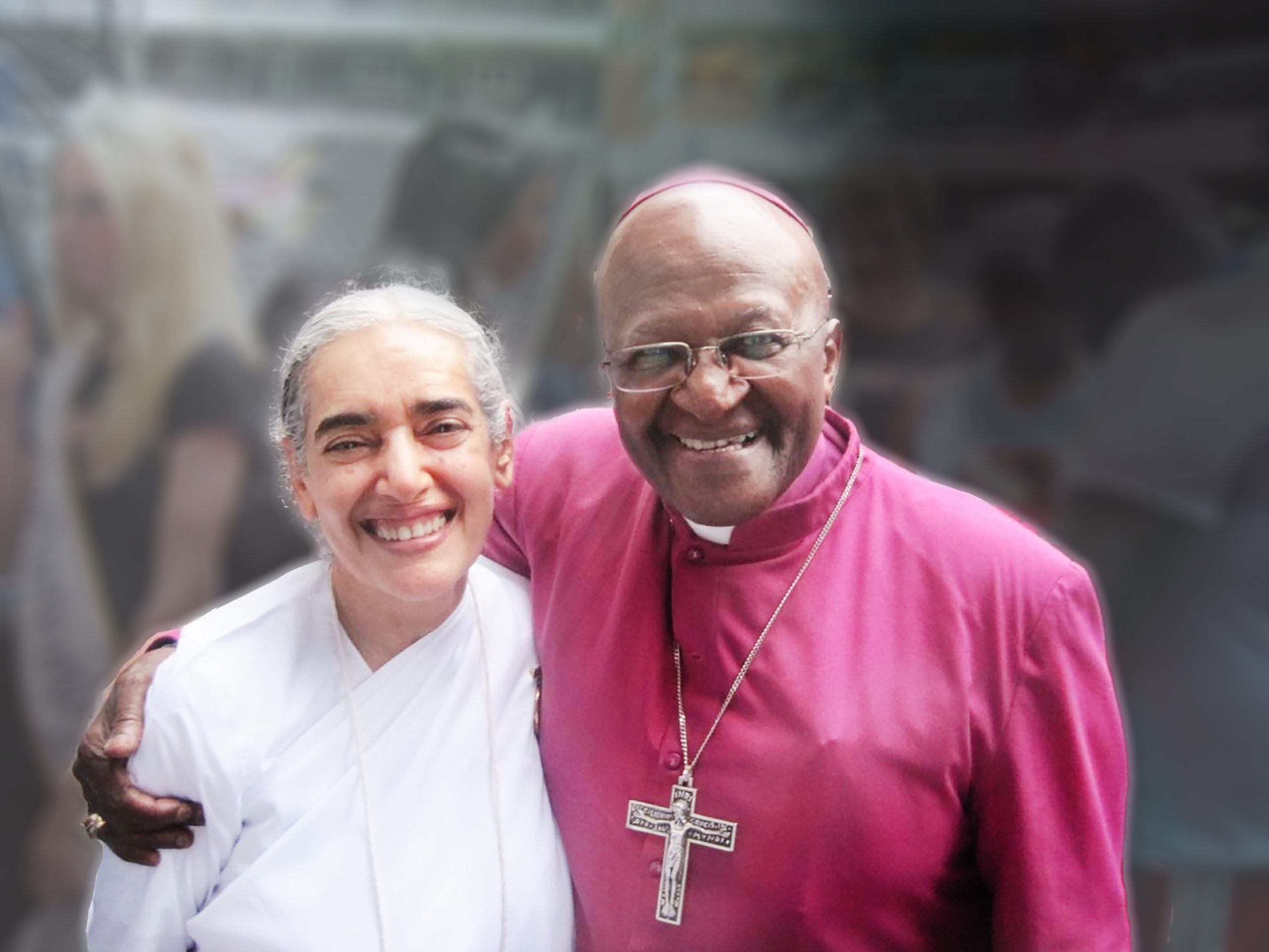 Archbishop Tutu played a significant role in changing the course of history in South Africa, which became an example and inspiration for the whole world.

Many students of the Brahma Kumaris treasure, in their hearts, their encounters with him, pre and post-democracy, whether in an interfaith setting, as chair of the Truth and Reconciliation Commission or when South Africa hosted COP 17. He was an absolute champion of any initiative that promoted peace, togetherness, non-violence and compassion.

Archbishop Tutu will be remembered for his courageous voice for racial harmony, truth and justice, especially during the most trying times of South Africa. His deep faith in God and in the intrinsic good that is at the heart of every human being, gave him the strength to endure the difficult hearings of the Truth and Reconciliation Commission and help a nation to steer towards peace, harmony and racial integration. He understood the importance of the power of forgiveness in allowing for the healing of hearts and the reclaiming of our humanity.

Archbishop Tutu was fearless in speaking his truth, and using his position of influence to raise the conscience of leaders and remind them that they are in their positions to serve people, especially the most vulnerable.

His legacy is one of demonstrating the power of God’s love, of determined faith, compassion and of courage and inner strength.

He will be greatly missed by the people of South Africa and by many millions around the world who drew inspiration from his life.